I am a long time favorite of doing personel work, it always refreshes me to take the time out for personnel work, I come back fresh and ready to work.  Nothing is better than traveling, if your lucky your adventures brings the fruit of being able to capture a persons soul in your illustrations or that dramatic light when you just have to be there, at that special moment.  I never force my camera on a situation, I just spend the time, I interact to get their trust and the results are always well worth the effort.  These are some of my past special ones. 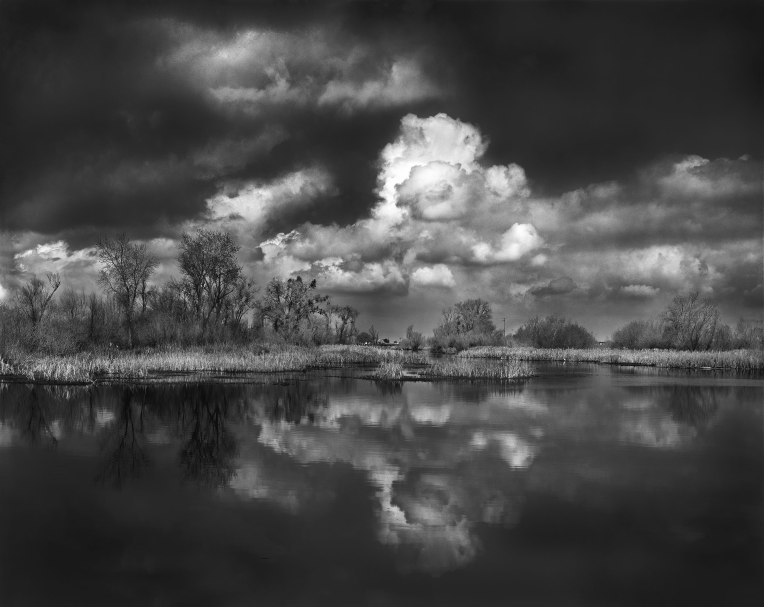 Clearing winter storm “Stone Lakes Wildlife Refuge 1990. This was done with an 8×10 view camera at least 20 years ago on film. You know the moment when you squeeze the shutter, that you got a winner. I hurried back to the darkroom to process the film and scratched the film, where it was not printable.   I just filed it away, knowing someday, I would fix the scratches. With photoshop today, I got great results in bringing this back to life.

Not everybody get’s to go to Cuba, I signed up for an African dance and music class. At the time, I submitted my paperwork I told them, I would rather be taking pictures, than dancing and they were OK with that.  I made a custom carbon fiber camera case with bicycle wheels that I could push my 8×10 camera around Cuba.  When you just get the chance to wonder the streets, something always happens. This young girl was sitting in the window and I stopped to capture the moment.  Inside the window was a bed, TV, this was nothing more than two walls in a courtyard. It still strikes me today how they live and what they earn.

Spending time on the  street and I came upon this man, proud that he was Cuban.  I like the Cuban flag in the photo, it just adds the extra visual interest.  After I was done, this man went in to his home and got his war medals, to show me. 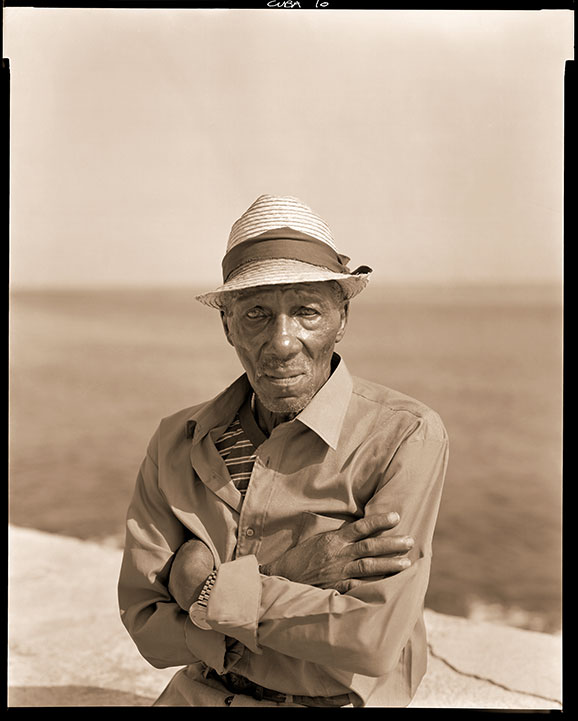 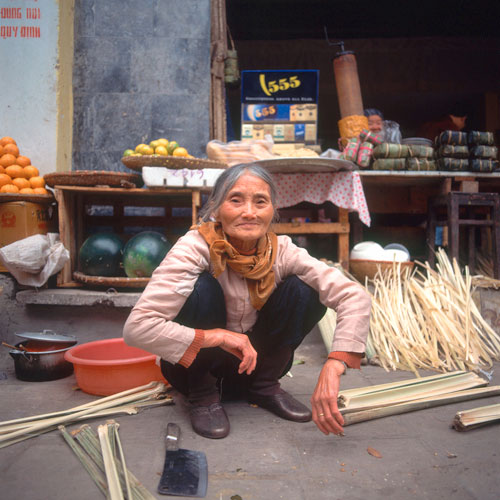 I get to look at this photo everyday, when I come into my office. I was invited to make this trip by my architect friend Roger Scott, in 1995 to look at the infrastructure in North Vietnam, we traveled from Hanoi to the Chinese border. After a long flight 25 hours, this was my first photo’s coming out of my hotel room in Hanoi. 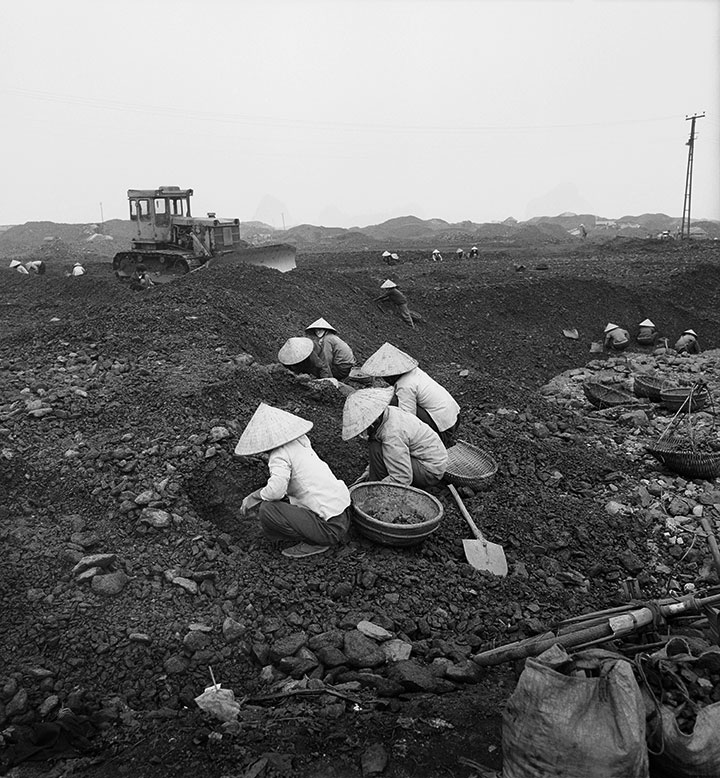 Halong Bay, North Vietnam 1995.  A coal field, with women gathering coal for cooking at home.  After taking this photo, I still remember driving into this town, the roads were black from the coal dusk.

North Vietnam 1995. A family that makes bricks. The beauty about making a trip like this was that we were the first American delegation for a town meeting in some of these little villages. What amazes me, that a night, they played Ho Chins message over the air waves at night, we were still in a communist country. 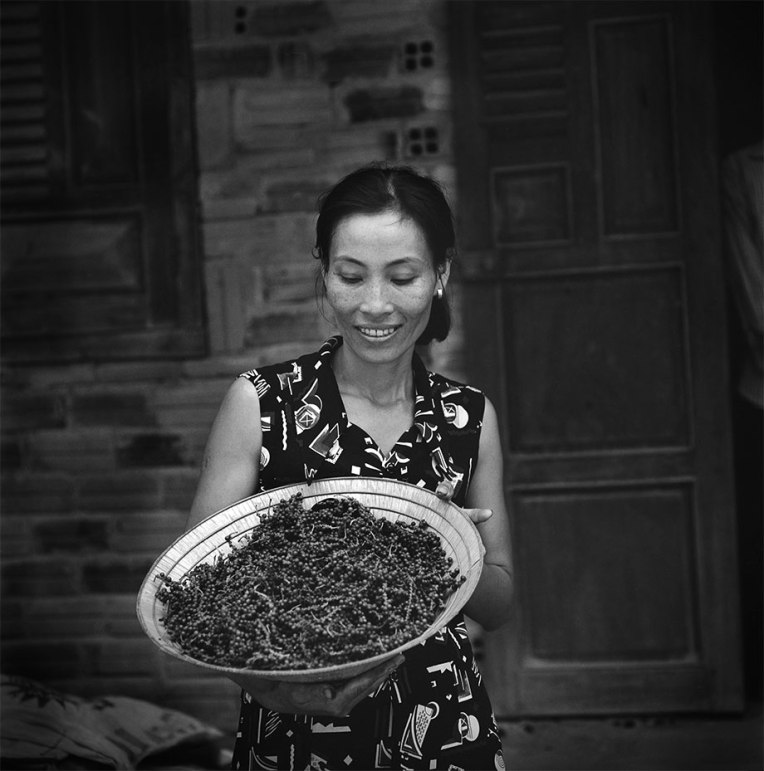 Countryside Ho Chi Minh City, Vietnam 1999.  I hired a driver and had a young women take me on a trip to the countryside, where we stayed with her aunt and uncle. I slept on the floor on a mat and had a mosquito net over me.  This is a photo of her aunt holding black peppercorns.

Mekong Delta, Vietnam 1999.  One of our stops along the Mekong river, a women that is selling geese. If I knew how to speak the language, I would have centered her in the photo.

Ho Chi Minh City, Vietnam 1999.  This is their backyard, it amazes me all the trash, no concern for the environment. The person on the deck, it their outdoor toilet, the waste drops drops into the river. You won’t get me swimming there. I wonder if this is still the same today?

From time to time, I get asked to shoot something out of the normal,  Jimmy Anderson from Pacific Building Products was managing Tony the Tiger Lopez and Loreto Garza. I had an open ticket to light him anyway I wanted, I decided to backlight him, would give him a nice edge effect, and add some hard light to the side of his face to make him look “mean”. This was WBA World Champ Loreto Garza, after he won the title.

St. Vincent & the Grenadines 2010. Being an architectural photographer in Sacramento, the business just dies in the wintertime. Historically in December and January are just dead, I should be on some sailboat or beach in the tropics. We rented a 44′ catamaran sailboat for two weeks, my friend Craig was the Captain and I was the cook. This photo was right before we are about to board our catamaran.

We had to come a shore to get supplies, food, beer, rum and a chance to take photo’s. I just love the pink and blue walls in the background, add colorful clothes grandmother and the child with the blue lips and     I am happy. What a joy to use my camera doing personnel work. 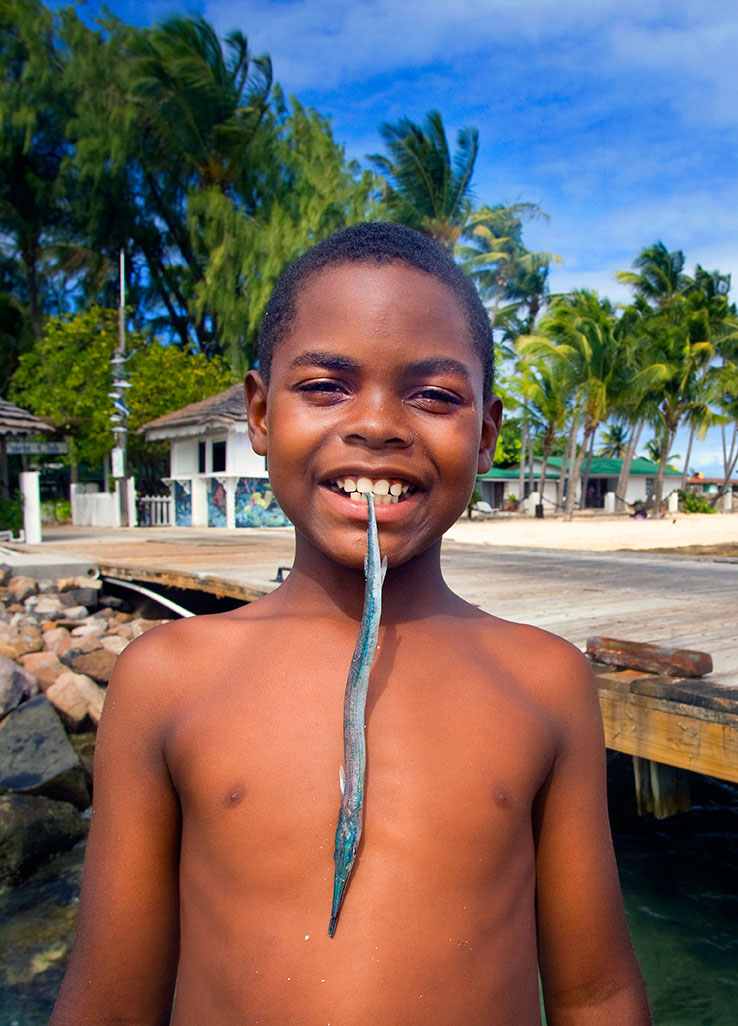 Kids are easy to spend time with, take the time, they will be themselves and photo opportunities will happen.

Good light, salt water, just lay there on the deck, simple and colorful.

A vacation for me is taking my camera along, I prefer the roads less traveled with good company.  I am ready for the next trip either something short, a weekend getaway or a travel destination, open for your suggestions. Help me decide where my next adventure will be.